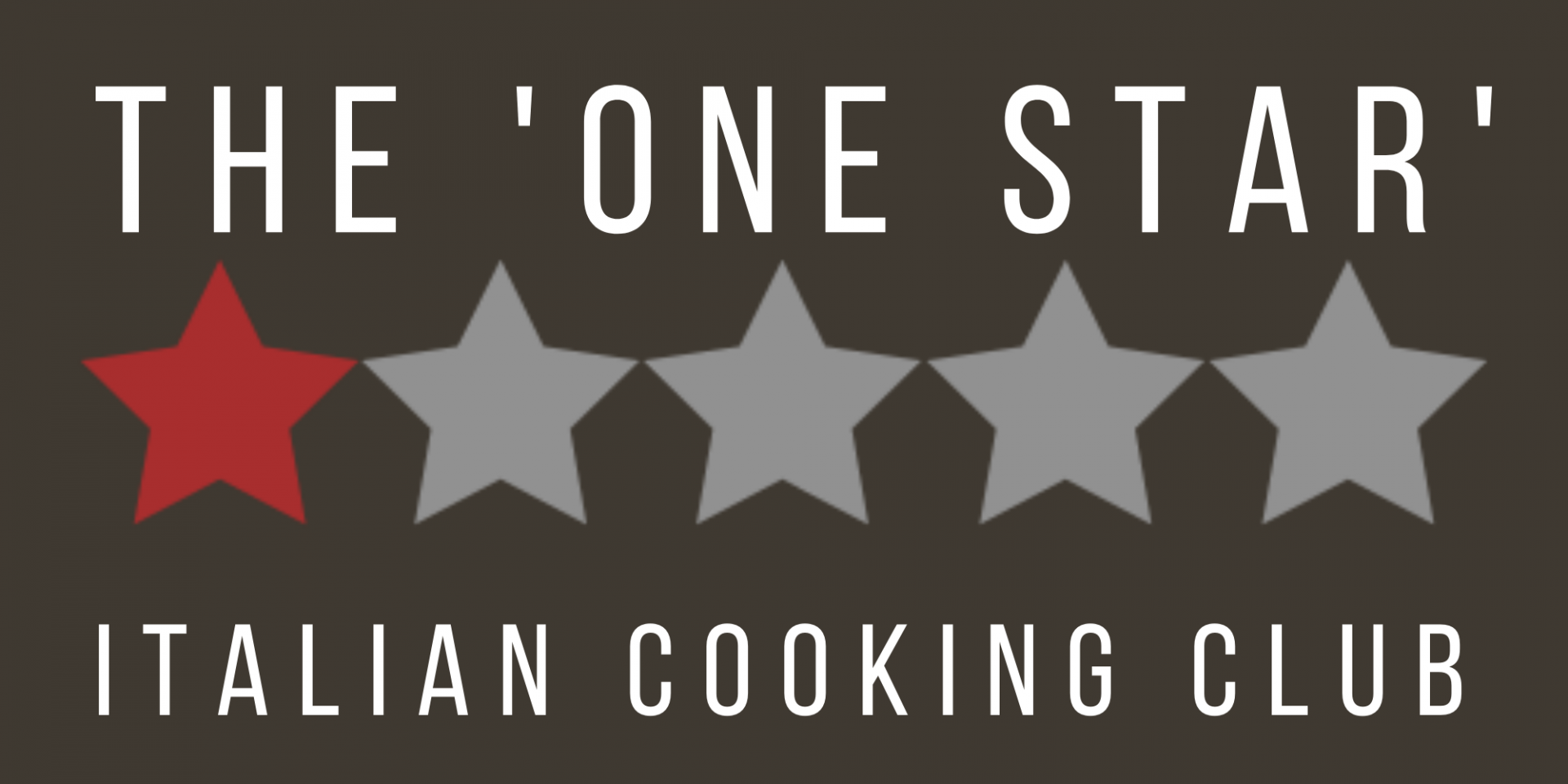 Prepare an amazing meal for (or with) your loved one with the help of one of Italy's most entertaining celebrity chefs!

A special, funny and delicious adventure, from the comfort of your own kitchen.

What you will be cooking

3 delicious courses consisting of timeless, rustic, Italian dishes prepared in real time so you can stop and ask questions of Chef Davide as you cook and then be ready with a Valentine's meal by dinner time!
FIRST COURSE

For our appetizer/side dish we’ll prepare roasted mushrooms filled with radicchio and creamy gorgonzola served on radicchio leaves and drizzled with a balsamic honey glaze: an example of traditional food that can be presented and enjoyed as an elegant appetiser.
SECOND COURSE


The main dish will be a rustic yet elegant Tuscan risotto with fresh artichokes, leek and saffron. When I had to decide which dish to cook for this special dinner I had no doubt that risotto would make the perfect choice for everyone. It is a typical Italian dish that everyone needs to learn to prepare in the right way. Incredibly delicious and wonderfully presented, the risotto is always a romantic dish.
THIRD COURSE

For dessert we will prepare a simple cream of Mascarpone cheese paired with Amaretti and fresh raspberries (addition of hazelnut will be optional). The perfect ending to a wonderful meal. Not to heavy, delicate and perfectly fluffy and fresh.
Davide will transport you back to your 1st time in Tuscany... the time you stumbled off the cobblestones into a little Osteria that to this day, you compare every Italian meal to.
It’s not just his food, which on its own is fantastic. No, he’s more... every dish and technique he shares with you at dinner has the fabric of his life woven into it.
Kimo Bbz
El Cerrito, CA
Guaranteed Security using one of the most advanced encrypted systems on the market.
The information in this page is being processed and encrypted securely using industry-leading encryption and fraud prevention tools.

How Our Valentine's Cook-along Class Works:

1
You get your ingredient list and wine pairing suggestions a few days before Valentine's Day so you can shop and prep.

2
You join Chef Davide live on Zoom on Valentine's Day cook your dinner along with him.

3
You eat your amazing, restaurant quality meal  with your loved one and take all the credit!

What should I expect from this class?

This class is designed to give you an up-close and personal experience of cooking with a chef in his kitchen. It will be relaxed, informal and fun. You should expect to be able to follow him easily and produce a delicious meal in real time. Have your ingredients prepped ahead of time for best results!

Do I need any prior cooking experience to do this class?

The less you know, the more you will learn! In any case, it will be a fun, stress free, entertaining, educational experience. (No, you don't need any special culinary skills to participate).

What happens if I can't make it to the Live event?

Not to worry! You will be receiving the class in video format, as well as the recipes for the dishes we cover, so you can catch up whenever you like.

Do you offer any kind of refund?

We are happy to offer a full refund within 24 hours of purchasing, as long as the live class has not happened yet, or the recorded class has not been watched in your account.

Do I need any special equipment?

We created a menu that can be prepared even in the smallest and most modest kitchen, using basic cooking utensils.

Can I share the link and invite some friends?

You can certainly share the special discount code for this class, and the link to purchase it, but you cannot share the link for the class itself with someone who hasn't paid. At the beginning of every class we will be checking the attendees against our guest list and we will only permit one device per guest to access the session. We want this course to be a special and exclusive experience for those who have paid to be present. If you would like to refer someone to our classes we would be happy to enroll you in our affiliate program so you can earn 10% commission on their purchase. Please contact us to set that up!

How many people will this meal serve?

What happens if I can't find some of the ingredients?

All the dishes we make will consist of easily sourced ingredients, but in case you are not able to get them in time you can always just watch the Live demonstration and then make the dish at a later time when you have everything you need. In addition, you can always ask questions about substitutions on the FB group.

Chef Davide is the real deal. He offers authentic Tuscan cuisine prepared meticulously to bring out the flavors, textures and feel of the region
Bonny Balliet
So elated to get to experience Chef Davide! Lovingly prepared food truly brings us all together! Grazie. Nothing compares
Monica Cohen
Davide offers the complete experience from his phenomenal culinary abilities to his rustic Italian charm.
John Ambrose
From the Tuscan coast to the rolling hills, comes an amazingly authentic Tuscan Chef. If you want to experience Tuscan cuisine, he is the man.
Mark Quilici
San Francisco, CA

Chef, Restauranteur, Yelp Antagonizer
About
Chef Davide Cerretini has been in the restaurant scene in the California Bay Area for the last 25 years. The owner of Cacciucco restaurant (the first Livornese cuisine restaurant in the world), and Chef/owner of the legendary Botto Bistro, he forged his new career and became a celebrity when he waged a hilarious and successful war on Yelp, which led to him starring in the movie Billion Dollar Bully and appearing on the Daily Show with Trevor Noah. His passion and attitude are distinctly Tuscan - he is known, even in the restaurant industry, for his unique approach and distinctive way of interacting with his audience. What he loves the most is to open people's eyes and guide them to a deeper understanding of what Italian food is all about. For him, it's not just about cooking. It's a lifestyle and an attitude. If you cook for yourself you should be able to laugh at yourself!.

Davide Cerretini is an Italian celebrity chef, born in Livorno, Italy. He has owned restaurants in the San Francisco Bay Area and has been engaged in an amusingly controversial campaign against Yelp since 2014, being featured on TV, news, movies, food festivals and talk shows around the world.